The phenomenon of musical and instrumental culture of Ukrainians 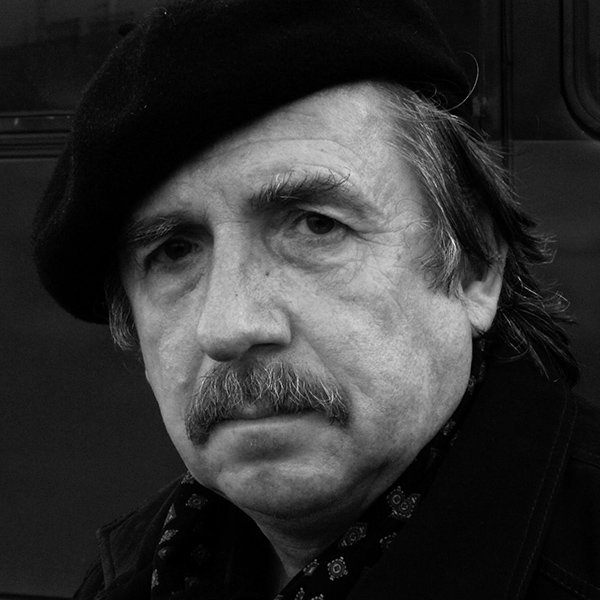 Ethnic organologist, PhD in Art Studies, professor, Head of the Department of Ethnomusicology, Maksym Rylsky Institute of Art, Folklore Studies and Ethnology of the National Academy of Science of Ukraine, winner of the Volodymyr Hnatyuk and Filaret Kolessa Awards (Kyiv).

What groups are Ukrainian folk musical instruments divided into?

Ukrainian folk musical instruments, according to E. Hornbostel and K. Sachs systematics, are divided into the following groups: 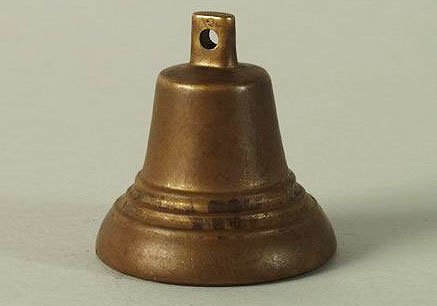 It is a group of the most exotic and archaic instruments, in which not musical but applied, signal, communicative and meditative functions prevail. Use of bells and little bells in the Church, the above-mentioned bylo and kalatalo in passionate rituals, and drymba, in addition to communicative dialogues, in therapeutic meditation sessions – creates a unique sound-moody atmosphere of the rituals and actions. 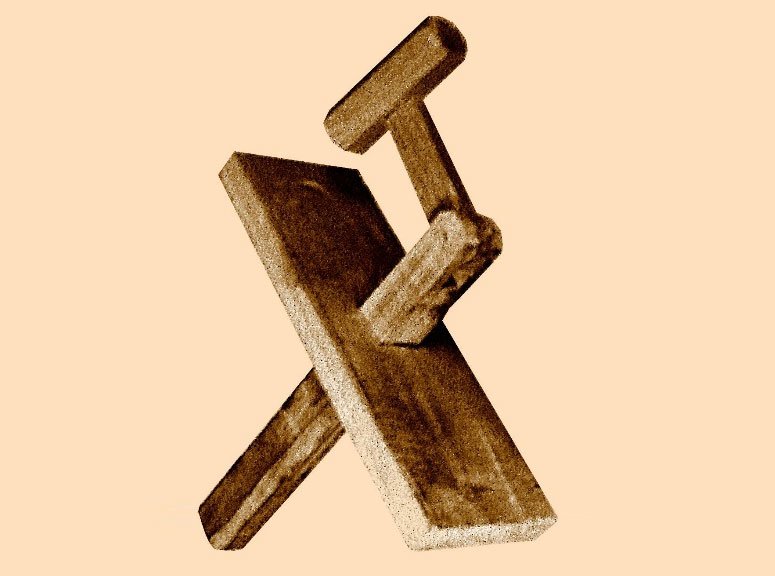 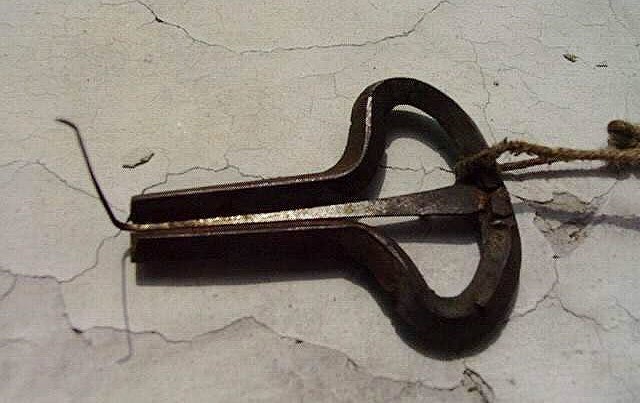 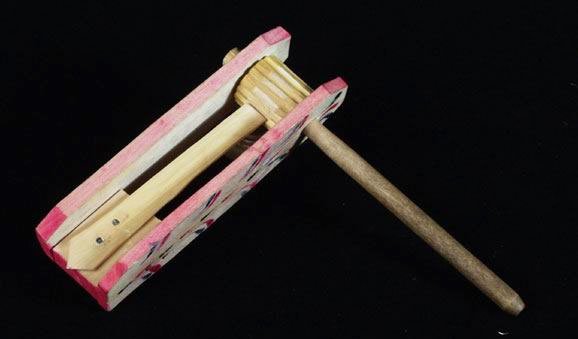 Derkach, work of the master I. Sidorchuk from the city of Kovel (Volyn), author's collection

It is a much more recent group of instruments, which appearance in the Ukrainian everyday life is primarily connected with the Cossack period of our history (tulumbas, "Turkish" to-membrane drums). Koliada rite musical instruments (brebenytsia - a musical instrument that resembles a bull's roar)  and those for weddings and recreation (reshitko - tambourine) are also rather new. In Soviet time, their ritual function was offset (tulumbas, drums and tambourines) and even brutally vulgarized (bu-guy). 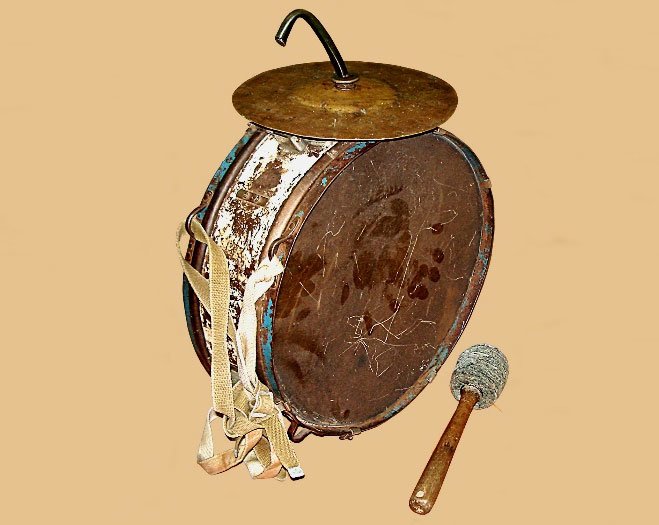 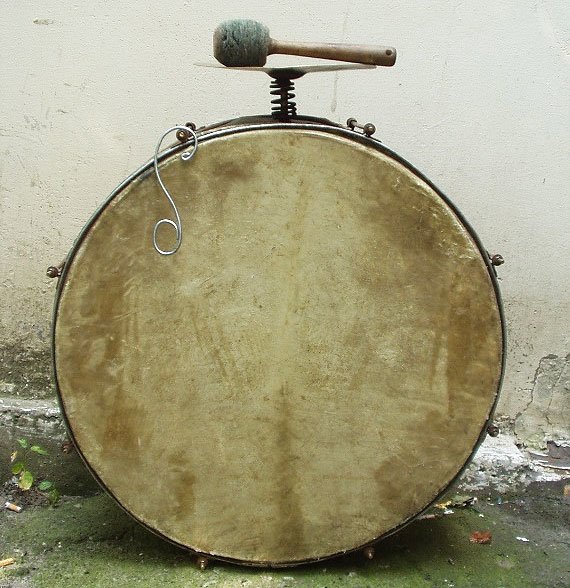 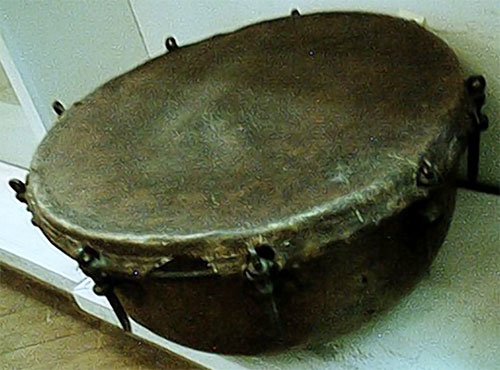 It is the most ancient and characteristic group of musical instruments, as the basis for sound ideal of ethnic Ukrainians. From the archaic beeps and husli to transformed finger cymbals, bandura, kobza, folk violins and bass, along with European wheel lyre – these instruments for centuries provided typical for the whole European space sound systems with our singing melos. Even discrete process of trembling sounds and draining them into one stretch of forcibly introduced by the imperial Russia domras and balalaikas was not able to break down string cantilena and gentle "strumming" of bandura and kobza. 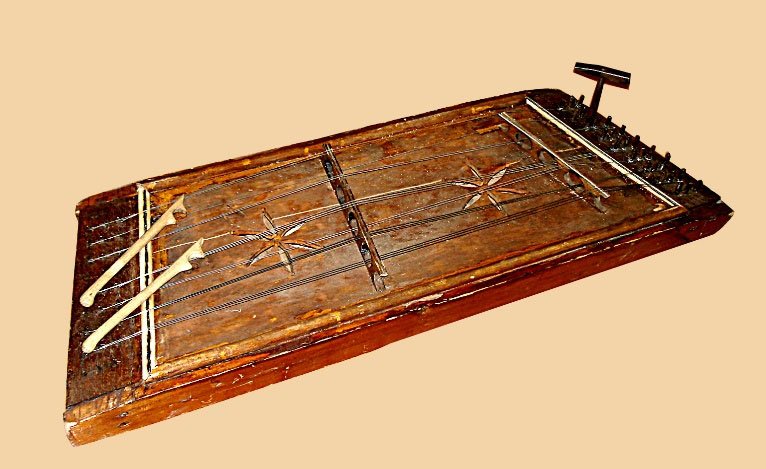 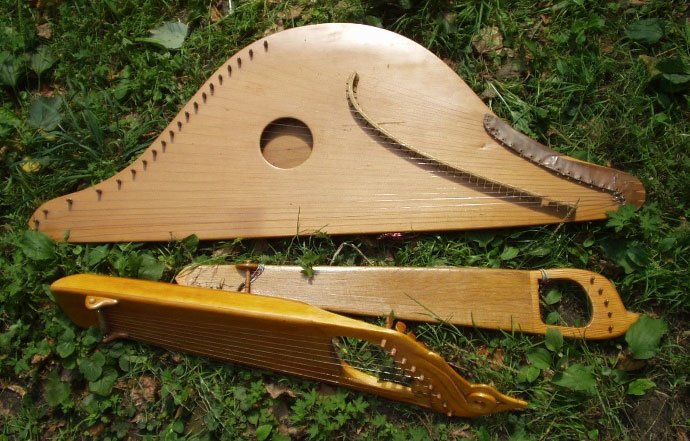 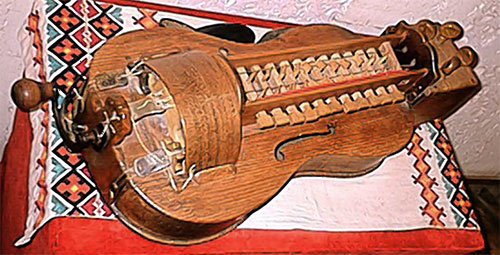 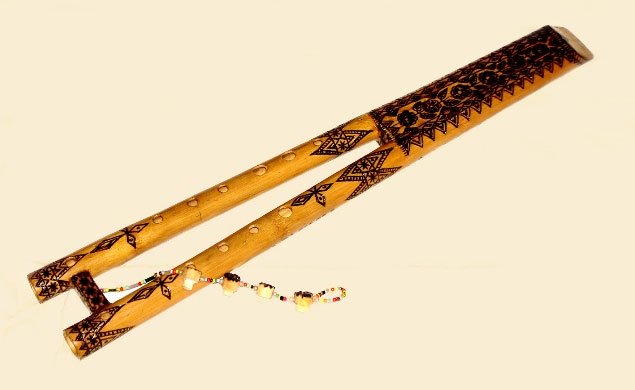 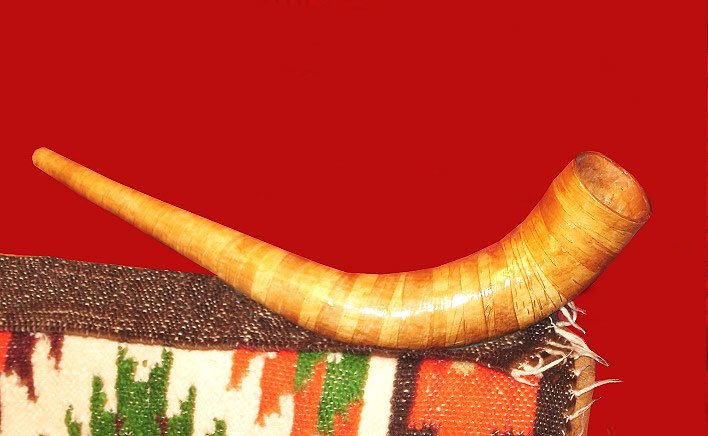 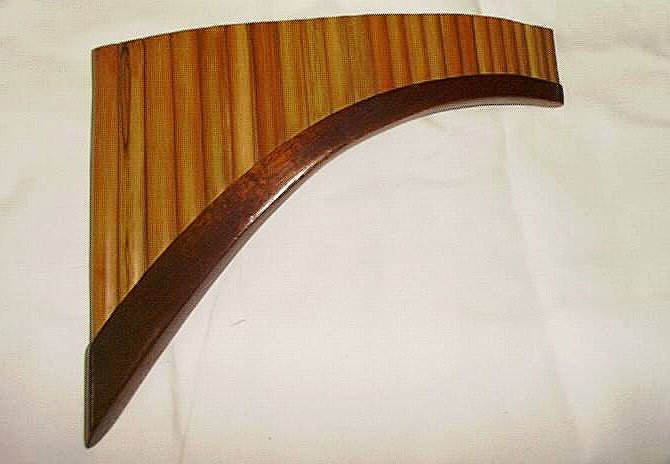 "Frylka" (Fluier). Work of an unknown master from the collection R. Gusak 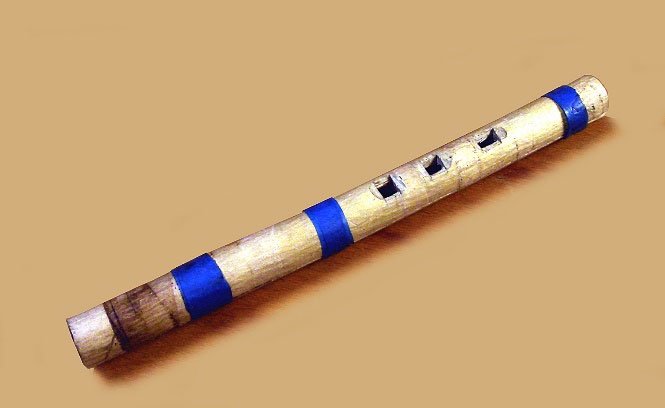 It is the most numerous and tone colorful, the most diverse group of instruments. Exotics of "free" so-called pseudo instruments, pastoral-lyrical melodiousness of "closed" ones and depth of open sopilka instruments together with high-pitched signal tone of traditional shawns  and pipes creates literally heaven-sound aura, which, by its richness of textures and runs has no analogues in the tradition of Europe and even the world.

There are well-known classifications of instrumental music of oral tradition by: Mykola Hrinchenko (structural one, that systematizes genres in style and intonation structure: archaic astrophic and strophic – those of new times), K. Kvitka (social-household, that groups folk musical instruments and folk instrumental music based  on types of ensembles and their applications), Ihor Matsiievskyi (functional, that separates folk music instruments in form and function of applications in different spheres of national life).

Duma is the widest archaic astrophic in structure and massive  in volume of composite construction and thematic development  form of the Ukrainians` tradition. In duma, the instrumental part plays an independent function, and other genres have strophe structure: psalms, canticles, ballads, compositions performed on shepherd sopilka, violin and ensemble compositions of  improvisational nature. The principle of musical monotony of this music as one of the most radical magical means of influence on the human psyche asserts the meditative power of influence on the listener of complex instrumental music, providing a kind of contaminated sound and surprisingly associative and emotionally charged mood.

Later rhythmic dancing forms include hopak and kozachok (widespread at the territory populated by ethnic Ukrainians and ethnic border areas, such as Ukrainian-Polish, Ukrainian-Belarusian, Ukrainian-Russian, Ukrainian-Romanian borderline areas); kolomyika and gutsulka (widespread in the Ukrainian Carpathians and territories near mountains); polka and folklorized waltzes and folk foxtrot groups.

Where were Ukrainian folk instruments "born"?

The areas of craft manufacture of violins, sopilkas and  horns were partially preserved in the Carpathians in Pidliashshia, Volyn and Polissia; and the trembitas and drums – Boikivshchyna, Hutsulshchyna and Maramoroshchyna; horns – only in the Hutsul region. In the rest of Ukraine, such areas are either completely absent or sporadic. Traditionally, only factory-produced violin and bass with specifically preserved folk performance approaches are used.

On this page, the materials from the archive of prof. Michaylo Haya are used.