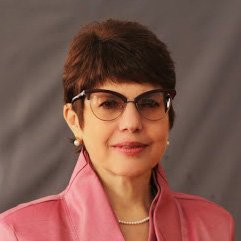 Olena Arabadzhi, member of the board of the Karaite National-Cultural Society "Jamaat" in Melitopol, vice-rector of Melitopol State Pedagogical University named after Bohdan Khmelnytsky

Living tradition: "Babam ashaman ashni men de asham" ("Food that my father does not eat, I do not eat")

The national cuisine of the Karaites is a testament to its preservation by one of  the oldest peoples living in Ukraine, and the smallest ethnic groups in the world who have carefully nurtured their traditions for centuries. These traditions date back to the Khazar period (Karaites as an ethnic group come from the ancient Turkic tribes that were part of the Khazar Khaganate in the VIII-X centuries.) And reflected in the proverb: "Food that my father does not eat, I do not eat" (Karaite: "Babam asham ashni men de asham"). 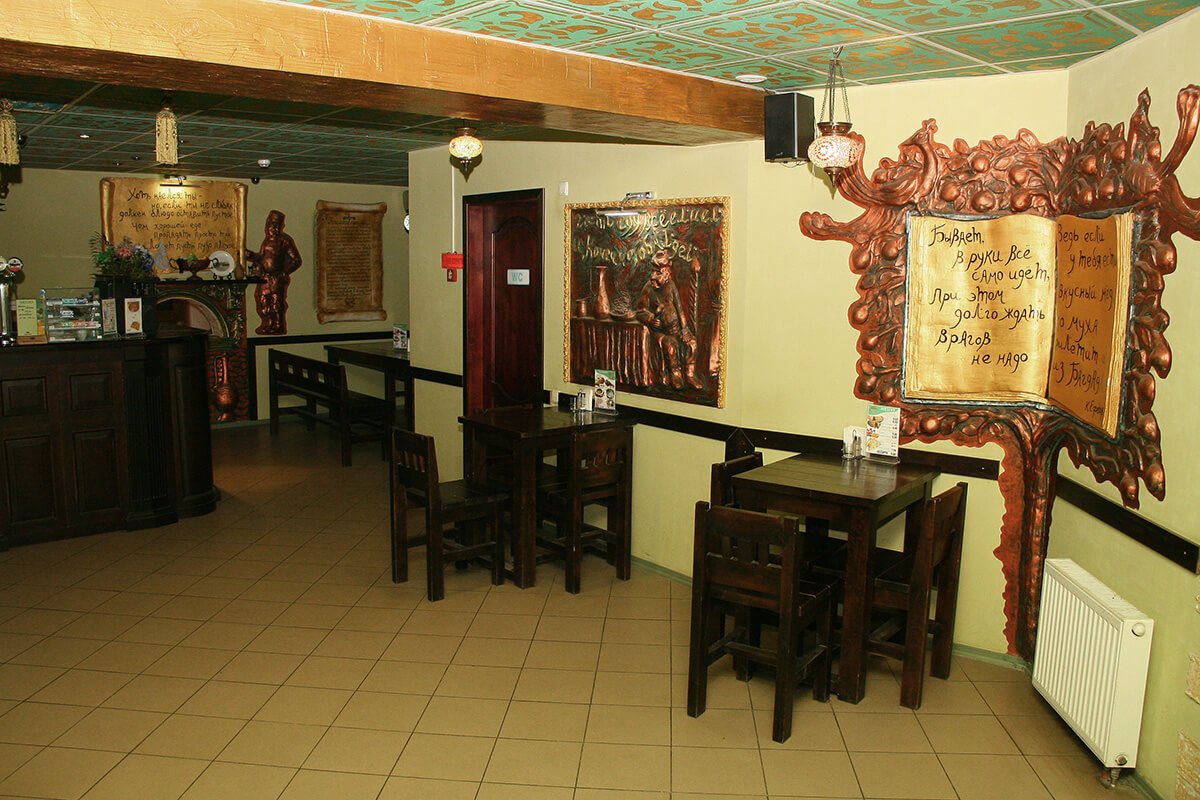 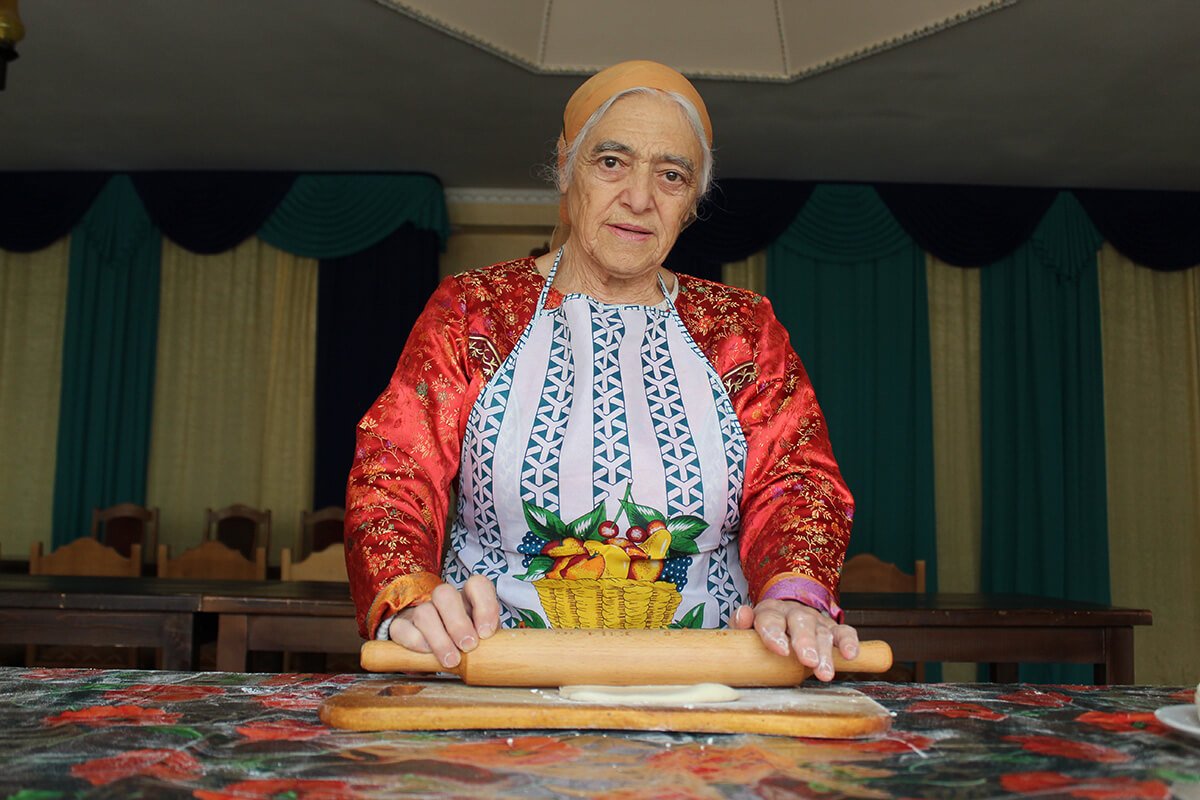 Recipes for Karaite dishes, typical of nomadic pastoralists and farmers, have been passed down from generation to generation and have survived to the present day. The culinary art has always been respected by Karaites. The professions of cooks are reflected in the surnames: Pastak (cook), Ekmekci (baker) and others. The following belief is connected with cooking: the more often you cook holiday dishes and the more people try them, the happier the hostess will be.

From the 13th century, after the defeat of Khazaria by the Kyivan prince Sviatoslav Zavoyovnyk (The Conqueror), the Karaites settled on the territory of the Crimean peninsula. From there, due to the threats caused by the Crimean War (1853–1856), in the middle of the 19th century, they got to Melitopol. Over time, locals became acquainted with Karaite cuisine. Its feature is the use and combination of different types of lamb with dough. The most famous dish and culinary business card not only of the Karaites of Melitopol, but also of other Karaite communities of Ukraine, as well as Poland and Lithuania, where Karaites have lived since the 14th century, were Karaite lamb pies (et ayakalaku). They were "born" in the historical territory of the Karaites in the Crimea, and in Lithuania (Trakai) and Poland they are called kibins (Karaim: "kiibins").

Traditions of cooking and feasting: "Tanri beraha bersin!" ("May the Lord bless!") 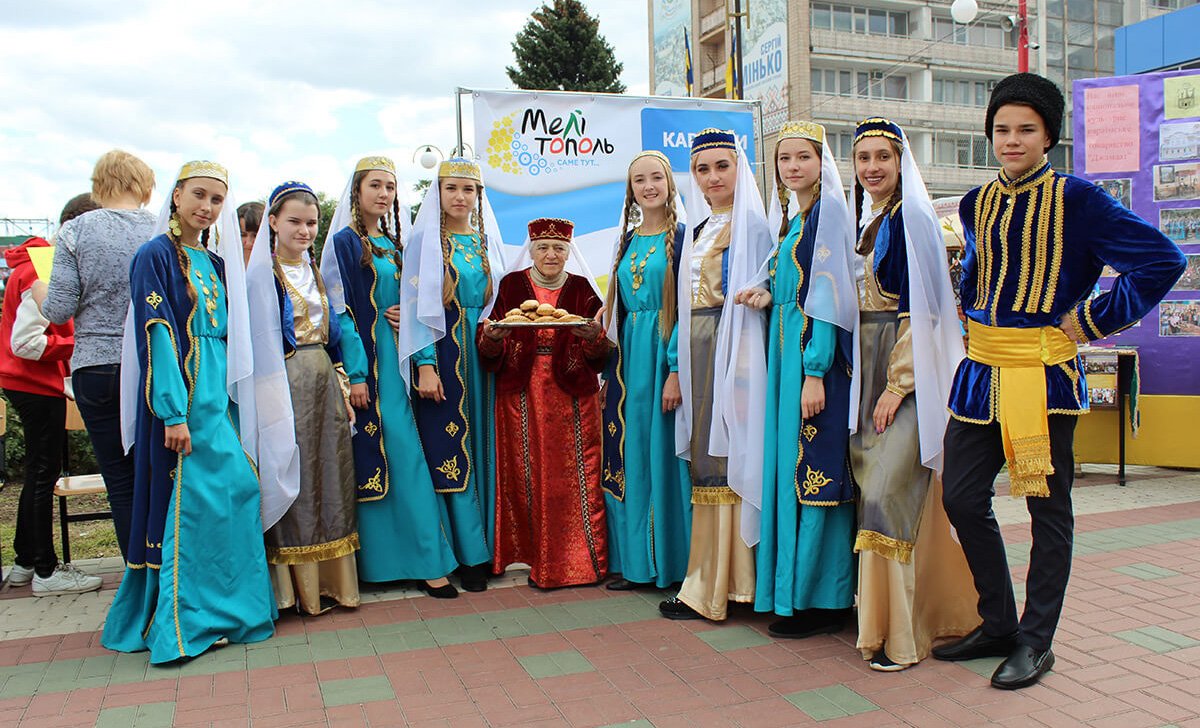 The bearer of the NCC element Sofia Yalpachyk with the Karaite ensemble "Jamaat" at the All-Ukrainian folklore festival "Faith. Hope. Love" 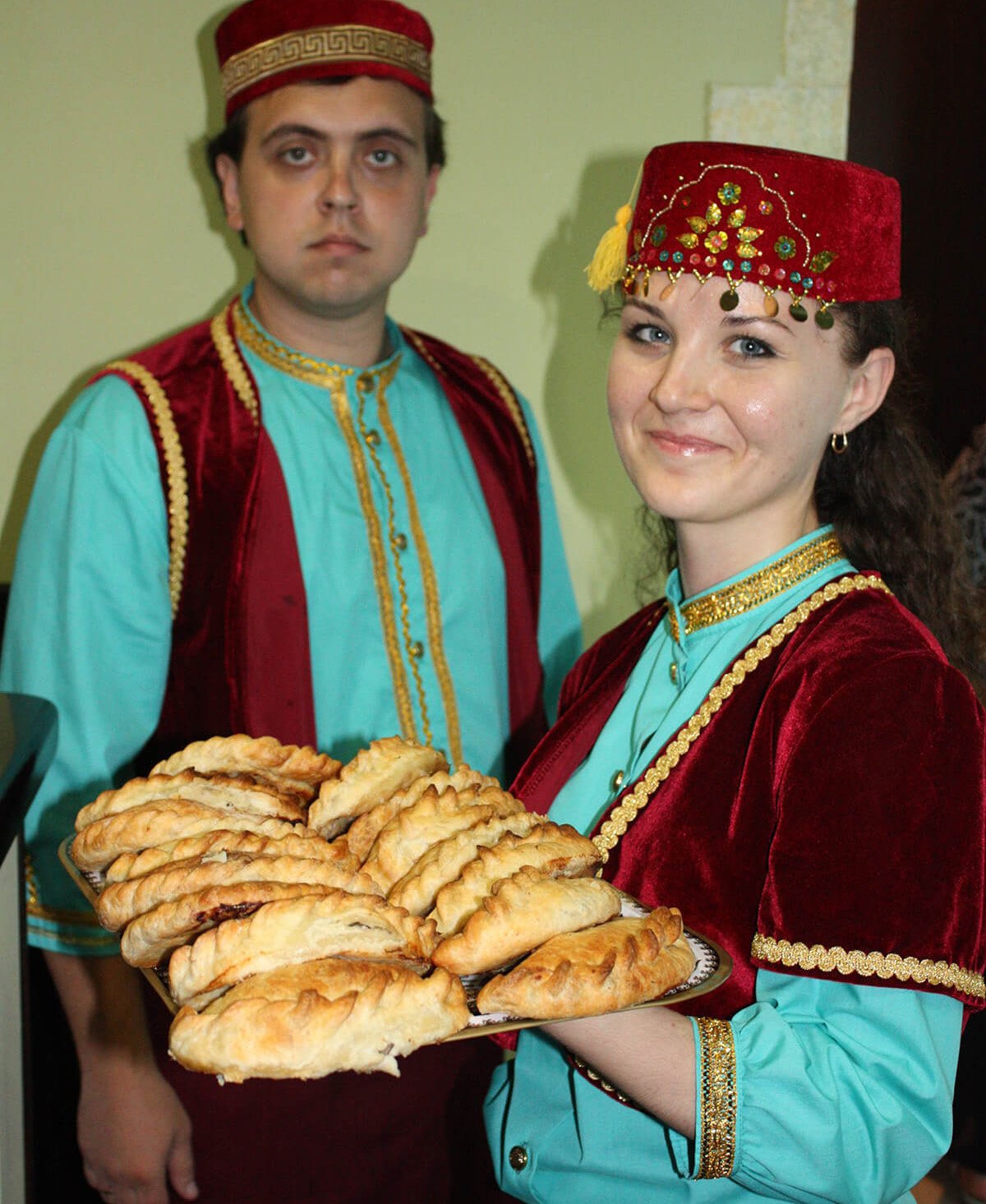 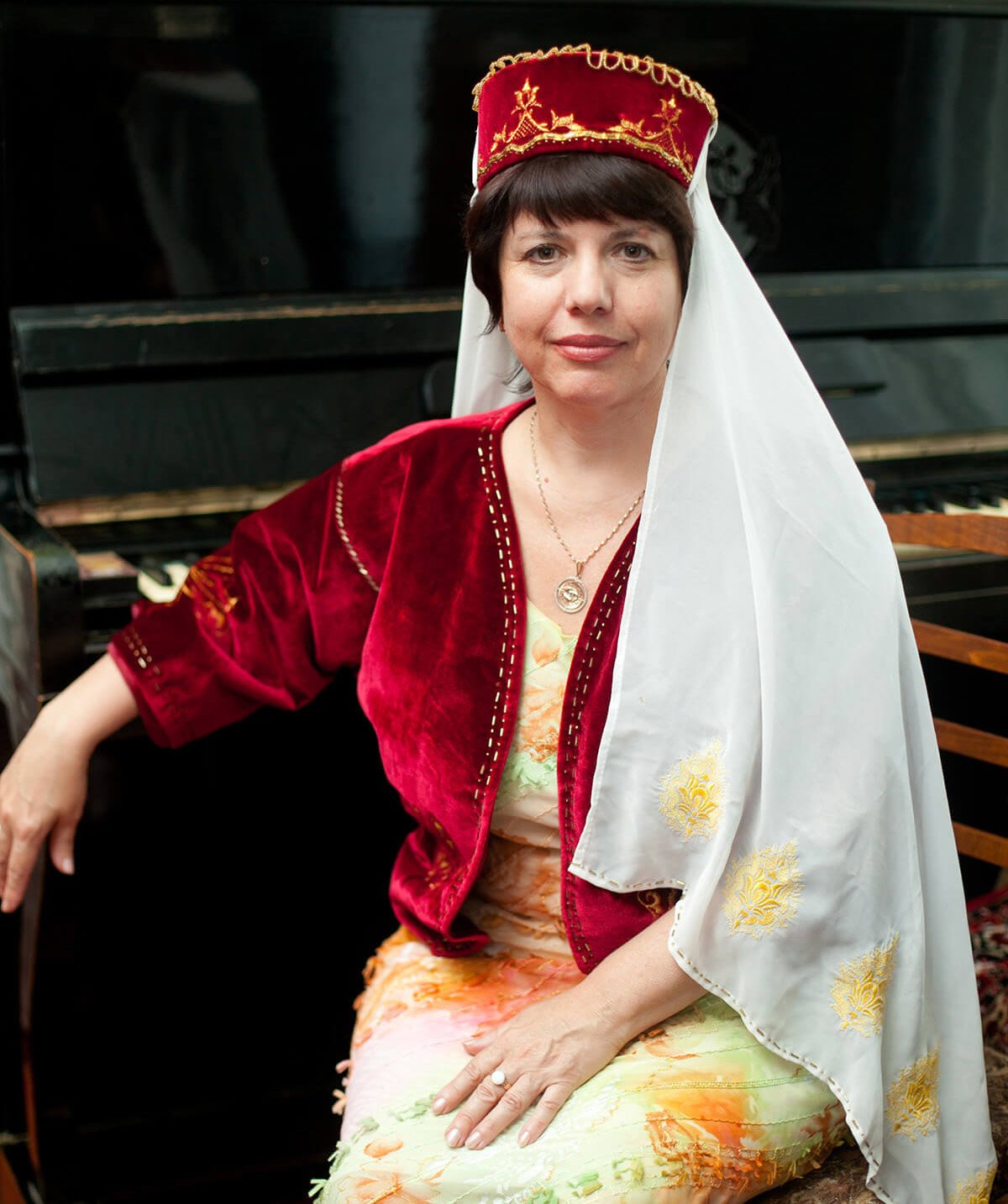 Karaite meat pie is part of the living heritage of the people. Various interpreted recipes are used in Karaite families, restaurants, and the Internet. A distinctive feature of the authentic Karaite pie recipe is the use of turkey fat to make puff pastry and minced raw lamb for the filling. In rich families, the filling for cakes was made only from meat, in poor families - with the addition of potatoes. The dough for Karaite pies should be crispy and the filling should be very juicy.

Karaite cakes are very popular among residents and guests of Melitopol. This ancient tradition is practiced, in particular, in the cafe of national cuisine called "Chir-Chir". The menu of the cafe uses a recipe that is common among the Karaites of Melitopol. The cafe operates in the Karaite cultural center "Kale" with a museum, where along with the Karaite you can learn about the cultures of other peoples living in Melitopol. Here Karaites celebrate Indigenous Peoples' Day, hold Karaite hospitality festivals and harvest festivals.

An integral part of the tradition is the ritual of feasting - serving Karaite cakes to the table. At noon the family gathered, and the hostess put the finished pies on the table. The host said a prayer full of gratitude for the "bread and salt" and the holy act began: the host took the pie and tasted it. "Yes, the lamb is cooked," he nodded to the hostess. He gave another cake to a family elder or guest. After trying it, they also nodded. Then they gave cakes to children. They ate, expressing admiration and gratitude. Rising from the table, they kissed the bread, putting it to their forehead three times, with the words: "May the Lord bless!" (in Karaite: "Tanri beraha bersin!"). 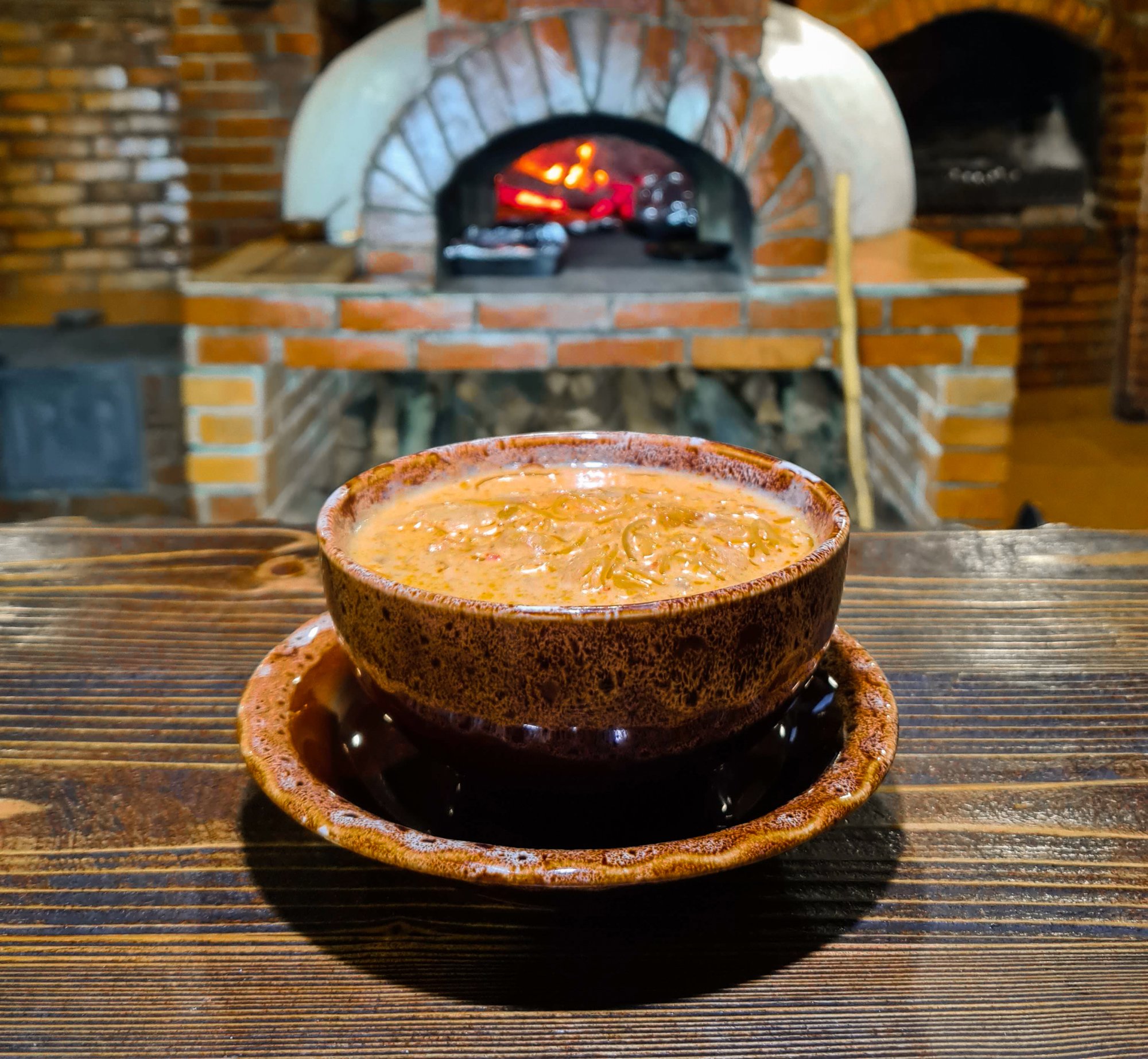 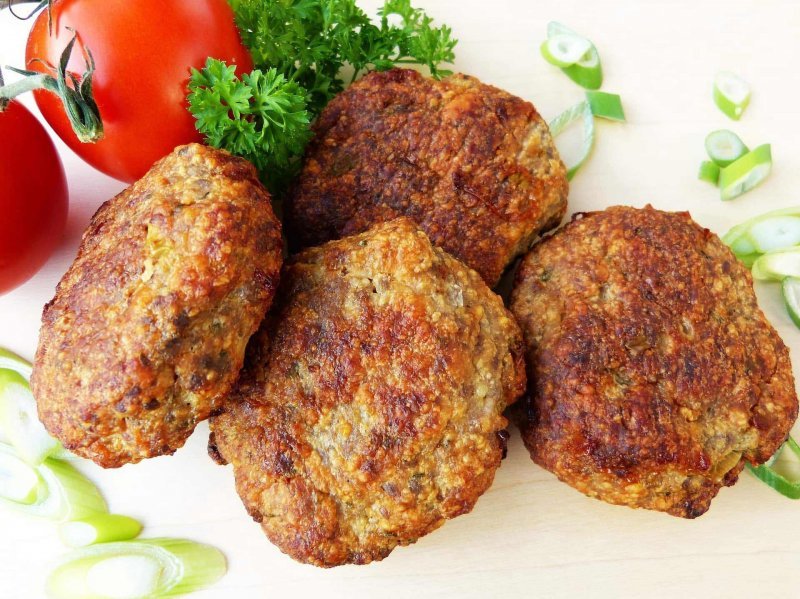 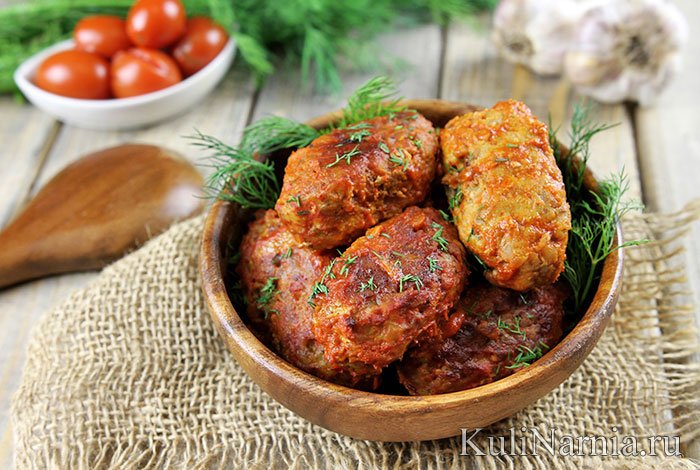 Karaite pie has curved edges and a shape of a crescent, and on its surface are two small holes into which the lamb broth is poured. Previously, pies were baked on the hearth (tandoor), the top was covered with a cauldron, which was covered with coal. Soon they began to use a special charcoal grill, later - electric, gas ovens.

Melitopol masters of Karaite cuisine use a recipe that corresponds to the authentic recipe of Karaite meat pie:

sift the flour and knead a medium-hard dough using water with the addition of salt and finely chopped (3x5 mm) raw lamb fat. The finished dough is rounded and placed in a cool place for 20-30 minutes to "rest";

lamb flesh is finely chopped with a chopper. To the cooked meat add finely chopped onion, salt, pepper to taste and 3-4 tablespoons of water. The resulting mixture is mixed thoroughly;

the dough, which "rested", is cut into pieces and rolled into a circle with a diameter of about 10 -12 cm and a thickness of 2-2.5 mm each. A tablespoon of the filling is placed in the middle of the circle, the edges are tightly pinched, along which a "braid" is made in the following way: the edge of the dough is slightly bent with the thumb and the dough is pressed into the middle of the pie, as the result a new edge is formed that is folded again - and so on until the end of the pie. In the middle of the pie through openings are made - small holes on both sides for steam and better roasting of meat. Next, sprinkle the pies with salted water, place on a greased baking sheet and place in a 180 ° preheated oven for 40 minutes. The finished pies are covered with a napkin and left for 10-15 minutes.