The ancient Cossack town of Opishne (Opishnya) located in Zinkiv district of Poltava region is one of the most powerful and glorious centers of cultural identity of Ukrainians. 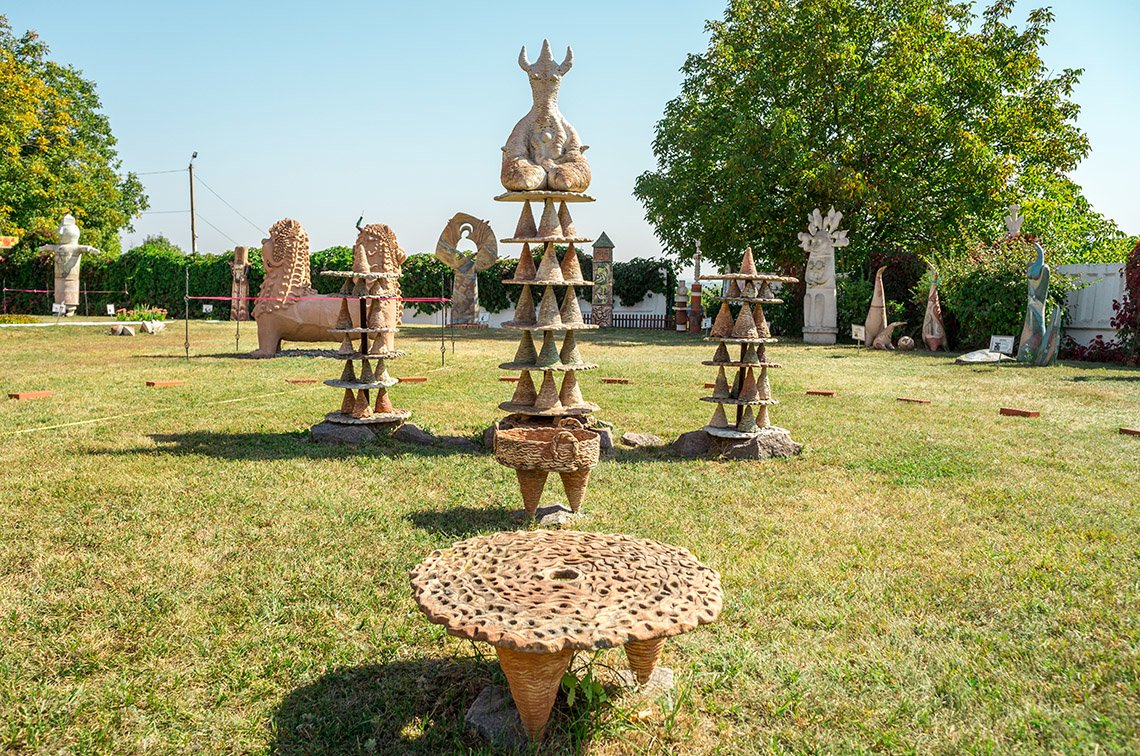 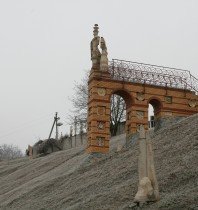 It is called the pottery capital of Ukraine. This is a unique center of ceramic production in Ukraine with its own creative face and a unique historically formed range of household and decorative products. It is the highest town of the Poltava region, situated on seven hills that were formed by the Vorskla River. It remembers the battle with the Swedes and is famous for pottery, which has been evolving here for three millennia. The ancient heritage of potters is one of the sources of the formation of national culture, spirituality recorded in clay. At the beginning of the 20th century, there were almost 1000 potters. Their products dispersed in the surrounding villages and far from the Poltava region.

In the late 19th century, the entire civilized world started to look closely at the works of the local potters. Their products have found their fans and collectors. There were cases when the dishes were bought by collectors right from the kiln. At the beginning of the 20th century, the Russian consul in London reported to Zinkivsky county rural council about the great popularity of Opishnia ceramics in England and even begged to increase its supply to the European markets. The largest museums of the Russian Empire, as well as the European and American countries were sending special expeditions to Opishne to create their own collections. In 1894, in Opishne, the first rural exemplary pottery workshop in the Left Bank Ukraine was opened, which has become the only center for the development of potter's schooling in Ukraine to this day.

What is manufactured and how 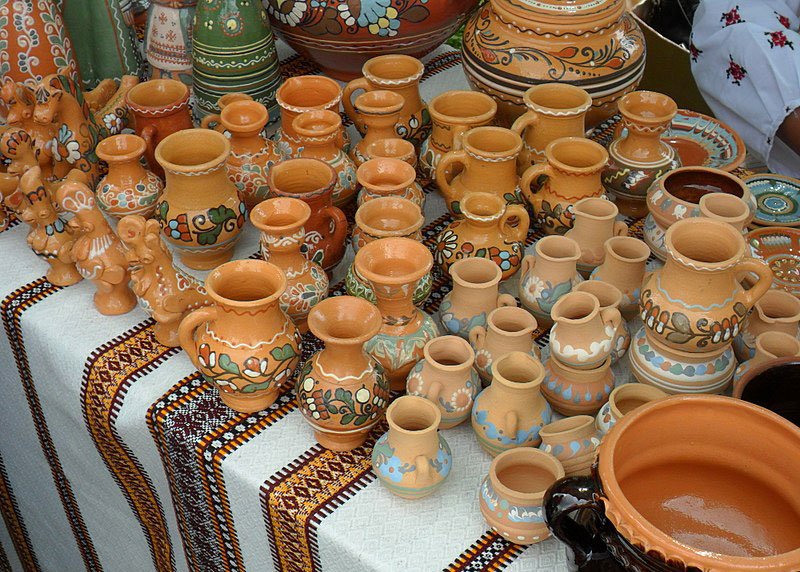 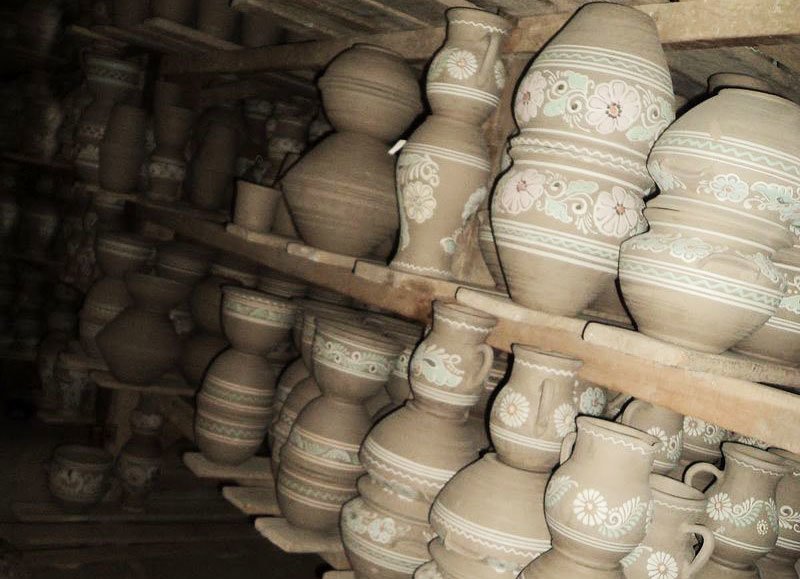 Opishnya masters created masterpieces in the best local traditions with a bright local vibe. In Opishne there are both everyday and festive ceramics traditionally produced. These are glazed decorative and household utensils (pots, jugs, makitry, pots, jugs, bowls, pitchers, kumantsi, barrels and flasks), dishes, decorated with techniques of rizhkuvannia (ceramic painting) or fliandrivka (painting on wet pottery) of mainly floral ornament, and figured decorative dishes of sculptural nature with stylized images of animals (lions, rams, bulls, grasshoppers, cocks). The utensils have an extremely diverse range, perfection of forms, brightness of colors and high technical qualities. A special is the small ceramic sculptures that are made of pottery pieces, and painted or decorated with textured stucco and colored glazes (including riders, grasshoppers, young men & women, various compositions of human or animal figures).

Opishne is rich on the deposits of many kinds of ceramic clay. However, the local artisans choose a clay of grey color, which becomes light yellow after burning. After modeling, the clay dries for almost a week in natural conditions. Then there are the processes of firing, glazing or coloring and burning again. The product is manufactured for at least 30-40 days

Who decorated the ceramics and how 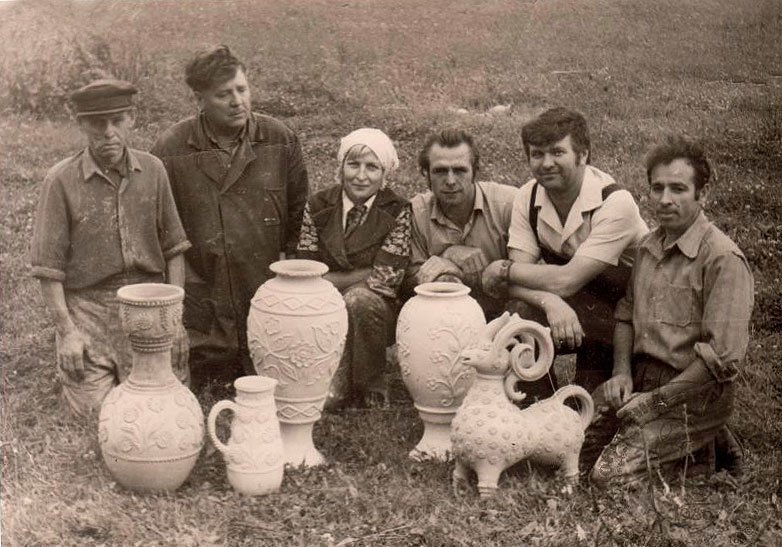 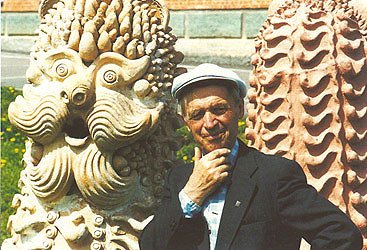 Opishnenya pottery is rich in its style, functionality and artistry. The Opishnie dishes are thin-walled. They are notable for two to three color painting in the form of kryvulyny (curved lines), lines, dots, as well as floral ornaments (flowers, leaves, berries and wreaths). Fliandrivka is a famous local painting technique. The color scheme of such ornaments is a combination of white, red, green, and brown with a small amount of black. Here, the toys are painted in a special way: it can be a "branch" on the back of the animal, curved lines with dripping on both sides, as well as "sun" on the chests of the animals. Such a painting is a visiting card of a local toy.

Opishne painting is mostly contouring floral ornament: flowers, clusters, ears of wheat, branches in the form of bouquets and wreaths. The painting is performed by an engobe technique (hiding the lacks before firing) and then the product is covered with glaze. The traditional Opishne ceramics were often either unpainted or in natural tones of clay. Both men and women, as well as artisans, were potters. Maliuvalnytsi (women-painters) were more engaged in ceramic painting.

The most famous potters today are Mykhailo Kytrysh, Vasyl Omelianenko, and the Poshyvailo dynasty, toy master Hanna Didenko. In Opishnya hosts the private pottery art workshops of famous Ukrainian artists, honored figures of folk art of Ukraine, including Mykhailo Kytrysh, Vasyl Omelyanenko, Mykola Poshivaylo. Opishne ceramics began with the names of the masters of Fedir Chyrvenko, Ivan Gonchar, Ivan Gladyrevsky, Iukym Reznyk. The work of eight Opishnya potters was awarded with the honorary title of "Honored Master of Folk Art of Ukraine", and the talent of three potters brought them the State Prize of Ukraine named after Taras Shevchenko.

"I thought I would see the clay, but saw the people" 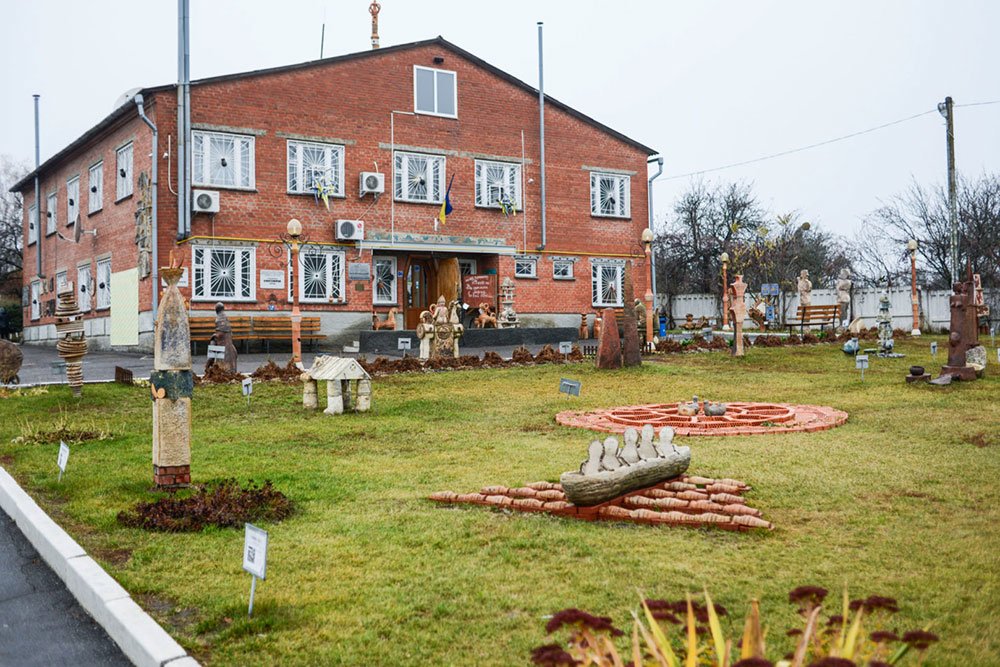 A board on the Oleksandra Seliuchenko memorial estate
Natalia Shestakova

The potter's ethno park stretches out in the yard of the museum. It is a gallery of monumental and garden-park clay sculptures. Their authors are artists from different cities of Ukraine, winners of all-Ukrainian pottery festivals, holding in Opishne.

In February 2018, the Opshne ceramics was recognized as part of the National Intangible Cultural Heritage, which provides for measures to protect it by the National Museum of Ukrainian Pottery and the "Potter`s Wheel" Private Pottery Company.