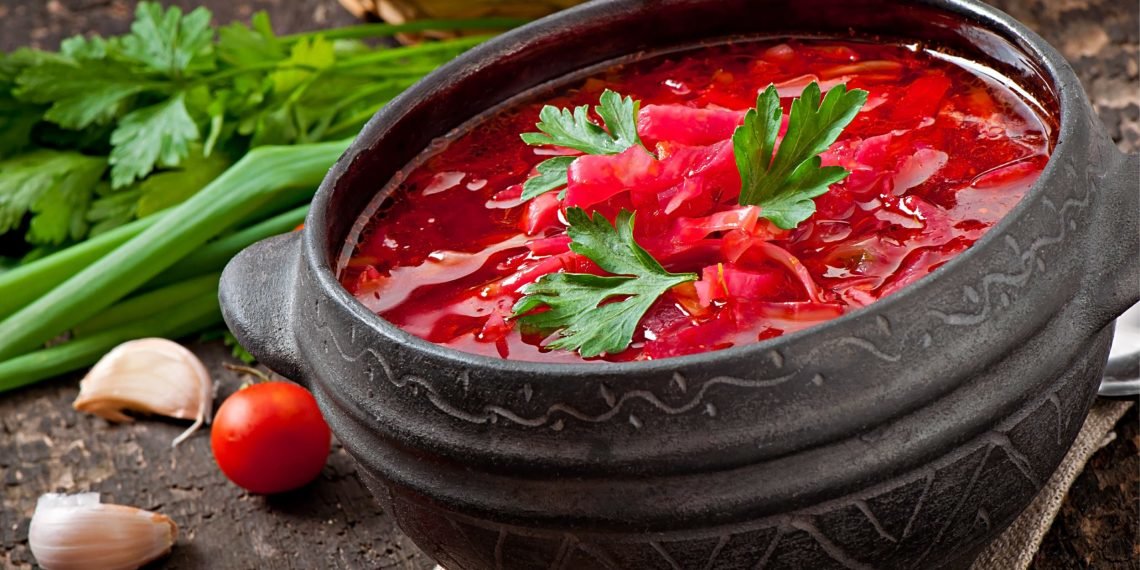 Borsch is a signature dish of Ukrainian cuisine, which is greatly enjoyed all over the world. The dish has dozens of variations, due to the wide geography of Ukrainians. The most common are red, green, mushroom, cold borsch and other variations.

The etymology of the word "borsch" comes from the name of the borschivnik plant and literally means “notch, tip". After all, the leaves of this plant were originally used to make borsch. Much later, potatoes and beets came to Europe and Ukraine, without which it is difficult to imagine the main dish of Ukrainian cuisine today.

Ingredients for borscht vary significantly depending on the region of Ukraine. For example, in Podillia housewives add beans to a dish, in the Poltava region — dumplings, in the South — flour, and in Slobozhanshchina there is a variation of borsch with beer.

But for a classic recipe you will need the following products: