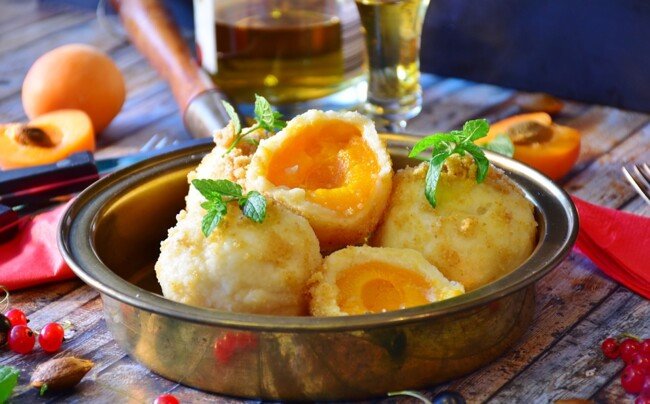 Gombovtsi is a little-known dish of Ukrainian cuisine, which remains quite common in Transcarpathia. This dessert is interesting because its recipe is almost identical to the national Chinese dish baoji. Therefore, some researchers believe that the roots of Gombovtsi should be sought in the era of nomadic lifestyle.

This dessert is small pies stuffed with the sweet and cooked on a steam. Fruits or berries are usually added to pies, but not necessarily. An integral part of Gombovtsi, without which this dish is impossible to imagine, are breadcrumbs.

Here's what you need to make this original dessert: