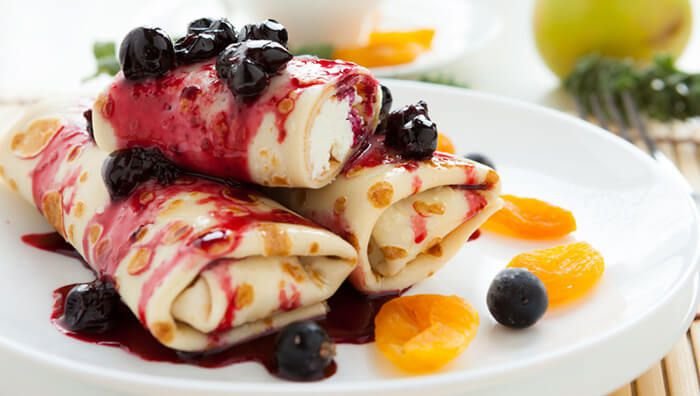 Crepes have been known in Slavic cuisine since pre—Christian times. They were associated with the sun and the god of fertility — Jarylo. In general, the word "crepe" meant a cake made of ground flour. Buckwheat, wheat, corn flour, millet or even semolina were used for their preparation. Crepes were eaten plain or with a variety of fillings. The latter in Ukrainian cuisine are called pancakes. Traditionally, pancakes were filled with cottage cheese, poppy seeds, jam, apples, berries, meat, mushrooms, cereals, etc. The recipe of the dough and fillings varied depending on the regions. In the Chernihiv region, pancakes were stuffed with cottage cheese or poppy seeds and baked with butter in an oven.

Pancakes are considered a traditional dish for the holiday of Shrovetide, and also for Autumn Fathers in Volyn, which was at the end of October and symbolized winter changing autumn.