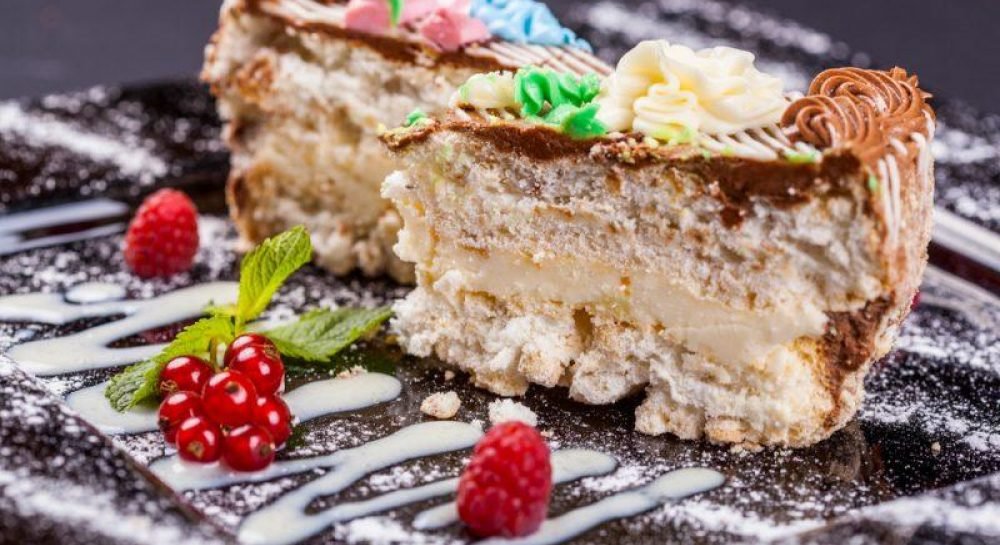 The history of the sweet symbol of the Ukrainian capital and one of the most famous national desserts and souvenirs dates back more than 60 years. There are two main versions of its creation. First, the confectioners of the Karl Marx Factory forgot to put egg whites for the biscuit in the refrigerator. To cover up the incident, the factory manager and his assistant smeared the frozen cakes with butter cream, decorating the cake with cream flowers. According to another story, the recipe for the Kyiv cake has been developed for a long time and finally got approval in 1956. The following year, the dessert won bronze at the confectionery competition, and a year later won first place. The recipe was patented only in 1973.

Periodically, confectioners experiment with technology and ingredients, but the base has remained unchanged since 1956: cakes layers are made with fermented proteins.

By the way, before the confectioners of the factory had their own unique "cream handwriting", but to avoid forgery, the picture on the cake was standardized.

During the Soviet era, "Kyiv Cake" was a delicacy. You could buy it only in the capital, and the queue had to be occupied at 4 am!

And this dessert of 70 cake layers weighing more than 5 kg served as a gift of Ukrainians to Brezhnev for the 70th anniversary. The Secretary General praised the gift, but the original recipe of the Kyiv cake is still known only to confectioners of the Roshen factory.

Ingredients for the dough

Ingredients for the cream

You need to be prepared for the fact that the preparation of "Kyiv cake" will have to start in 2 days to ferment the proteins. Therefore: